← back to
FiXT Neon 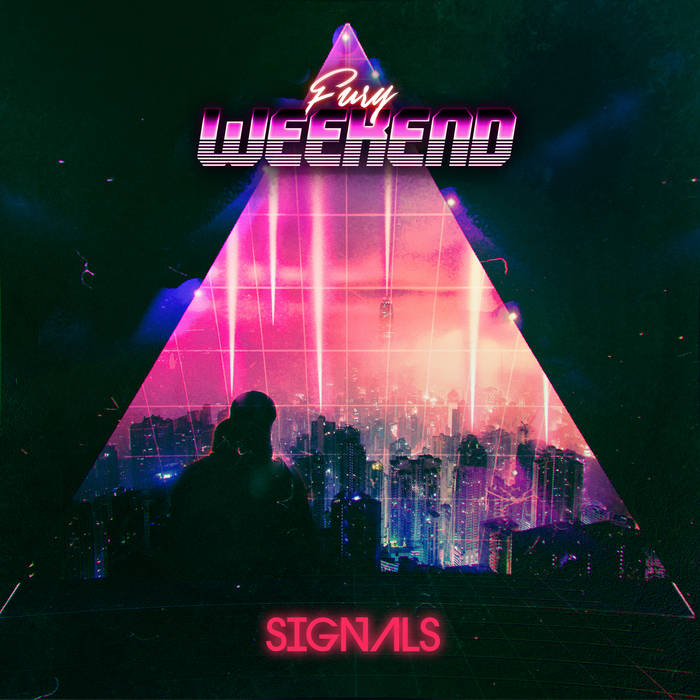 ms-dok God do I love synthwave!
The sheer amount of talented and delivering artists is nothing to sniff at!

First album I have heard was
Escape From Neon City. And boy o' boy it was a good and satisfying thing to have in the library and playlist

The Signals is just on another level. A lot of collabs which emphasized the best between Fury Weekend and other well known artists just gave a birth to this.

The only thing can make this even better - listening to this while cruisin' the night city
10/10 Favorite track: Save The Queen (feat. Scandroid).

Mutagen Fury Weekend really knows how to make some real bangers. The collaborations make this a sublime listening experience. Rock-inspired songs able to stand as their own creations, it was hard to choose a favorite. Favorite track: Dancekiller (feat. Robin Adams).

The wait is over, Fury Weekend's highly anticipated full-length album Signals is out now! Collecting a thrilling array of vocal tracks from artists including Essenger, The Anix, Voicians, King Protea, and Scandroid, along with hard-hitting instrumentals, Signals is Fury Weekend's finest achievement to date. The album also features "Dr. Online," Fury Weekend's powerful homage to online gaming celebrity, Dr. Disrespect, and a captivating cover of Ozzy Osbourne's classic "I Just Want You." Building on the success of Fury Weekend's 2019 album Escape From Neon City, which launched the project to over 150,000 monthly Spotify listeners, the early singles from Signals have already catapulted the Russia-based producer to 300,000 listeners each month across all music platforms. The complete Signals album is out now from independent retro synth label FiXT Neon.

Bandcamp Daily  your guide to the world of Bandcamp